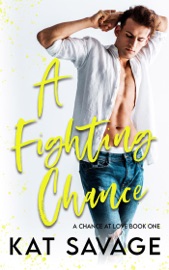 Lyla Whitney managed to escape her hometown. Since then, she's been avoiding certain things at all costs—like small-town setbacks, her family's farm, and suffocating under too many expectations. Oh, and love, of course—but that's one thing eluding her.

Aside from that, things are wonderful for her in Boston—the big city she chose to run to. That is, until her heartbroken little sister beckons her back to the very place she ran from: Whitney Farms.

Lyla braces herself to be there again—but only temporarily. Only through her sister's impending divorce. What she doesn't expect is the newest—and hottest—resident at the farm.

Newly single and free to do as he pleases, Gentry Bodine meets Lyla and at once, she rises to the very top of that list. His craving for her is demanding, undeniable.

With an attraction so palpable, even the inexperienced and gun-shy Lyla can't resist—especially when lured with poetic, seductive notes from the unexpected southern charmer.

But when they fall into temptation—of what appears as fleeting summer fun—both must decide: Will they give love a fighting chance?