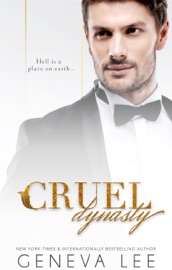 What would you do for ten million dollars?

I made a deal. One year of my life pretending to be a rich aristocrat in exchange for ten million pounds. Enough money to start over somewhere new. Enough money to disappear forever. It sounded simple, but being Kerrigan Belmond is more dangerous than I expected.

Her world isn’t as perfect behind closed doors as it is on paper. I didn’t just sell one year of my life, I sold my virginity and soul to the enigmatic and manipulative Spencer Byrd. Being with him is only a temporary arrangement. My body shouldn’t tighten under his penetrating gaze. His touch shouldn’t electrify me. I should say no to his dirty demands, especially when they involve his cruel brother, Holden.

I should keep my distance from both.  Instead, I keep playing their twisted game, knowing pleasure is the prize. Plus, I need Holden to spill the secret he’s keeping, especially since he might know the truth behind Kerrigan’s absence. But if he does, that means he knows the truth about me, too.

There’s a bigger problem, though. The longer I pretend to be Kerrigan, the harder it is to remember the fortune, the fame, and the brothers aren’t mine—and that if I make one wrong move, I lose everything.